Your testing is only as good as the data you feed it. 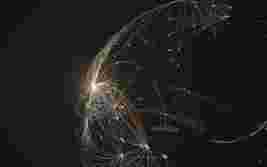 The means by which the Power of DataOps helps connect people and data varies widely by technology, users, and use case. Data Democratization, for example, has been the topic du jour in analytics circles for some time, and focuses on providing non-technical users the data they need to answer critical questions and drive new insights for the business. While business intelligence is about helping a specific set of non-technical users analyze data they already have access to, DataOps is all about reducing the data friction associated with getting inaccessible data to everyone — technical and non-technical consumers alike. Every company is a software company now, and the legions of developers and testers responsible for building and delivering that software are finding data friction starving them of the data they need to deliver innovation to the business.

Each of these has a plethora of challenges and solutions, but in this article I want to focus on just one: the importance of realistic production-like data throughout the development lifecycle.

Defects are more expensive when found later in the development lifecycle. While there is debate over the exact nature of such a metric, the intuitive conclusion is generally accepted: late-stage defects are found in more complex test environments, requiring more effort to root cause, and more tests to be re-run once fixed. This escalating effort is the foundation for the “shift left” approach to testing, which has been thoroughly embraced by the DevOps movement. In this context, “left” refers to moving activities earlier along a timeline, such that defects are found more quickly and at lower cost.

Data state drives application behavior, so your testing is only as good as the data you feed it. And there are times when you absolutely need to use synthetic data:

For the majority of complex testing, however, fresh secure production data is the best answer. This includes manual developer testing, system testing, scalability testing, UAT, and more. Using stale, synthetic, or subsetted data may seem like a reasonable compromise, but at Delphix we’ve seen first hand the fallacy of this thinking:

Number of defects found in each feature release, before and after deploying Delphix

These are but a fraction of the anecdotes and proof points we’ve seen at Delphix, all of which point to one clear conclusion:

While these stories were told through the lens of Delphix, the same is true of any DataOps solution that can efficiently full production data to developers with self-service control over the data within a personal environment.

Velocity of innovation is king, and providing everyone access to realistic data throughout the software development lifecycle is a competitive edge to winning in the software economy.

DataOps is the means to get there. It’s time to start the journey.